Yesterday, I had the privilege of attending my favourite kind of wedding–the kind where two distinct cultures merge. In this case, it was Scotch/Irish on the bride’s side, and Persian on the groom’s. Here in Maritime Canada, which might accurately be described as ‘homogenous’, such unions are rare.

The wedding was held on a farm in rural Nova Scotia, outside the town of Truro. The weather chose not to co-operate. It had been pouring since early morning, and it let up only briefly once or twice throughout the day. Undaunted, the families simply moved the festivities under the tin roof of the century-old barn. The barn smelled strongly of hay and not at all of manure, and it turned out to be the perfect place to host a hundred or so guests. 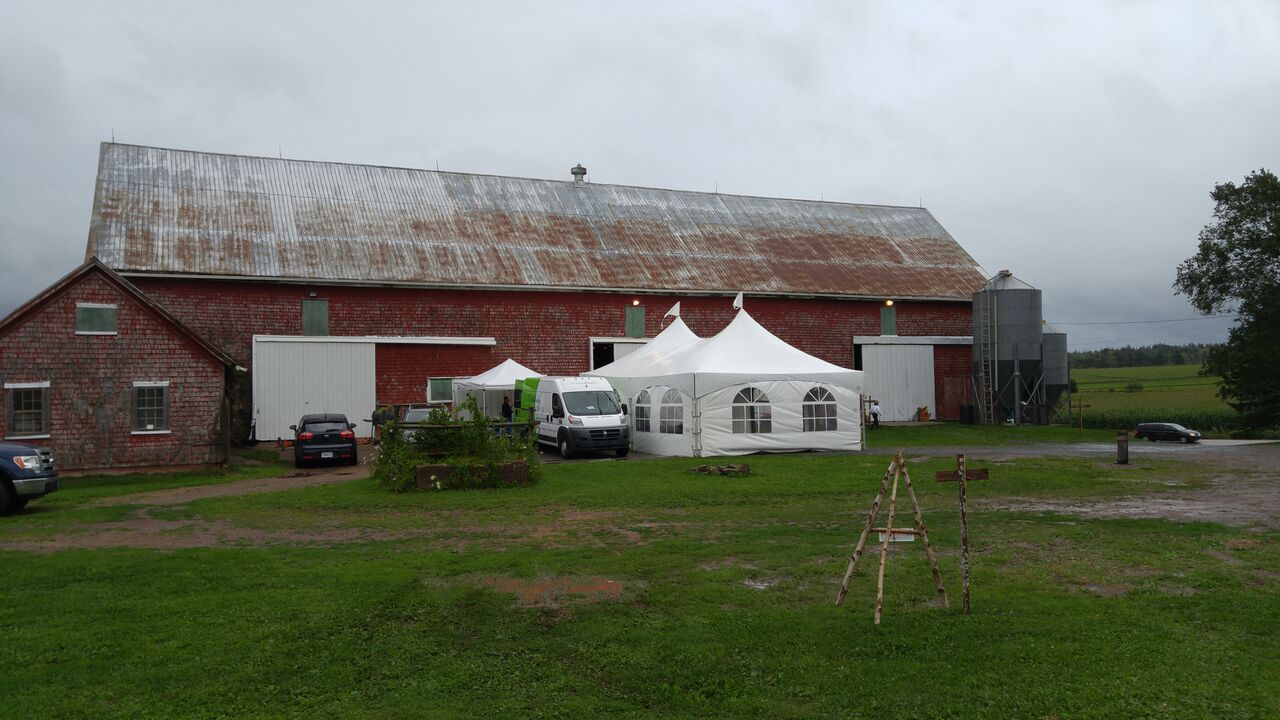 The groom’s family had come from Iran when he was a child. Since fleeing their homeland in the 1970s, they had spread out over North America. Arizona, Texas, New York, British Columbia, and Toronto were mentioned. Three generations of them came together in that barn for the first time in many years; for the youngest among them, such as nine-year-old Dariusz, who regaled us with tunes on his electronic keyboard, it was the first time he’d met some of his cousins, aunts, and uncles. For them, the wedding was not just about a marriage, but was a reminder of all they had survived, and all they’d lost.

I knew that the clans of Cape Breton were a generally merry lot. They love to talk, drink, and dance, and all three of these skills were on display this evening. I knew vastly less about Iranians, but as it turned out, they were little different–a warm, expressive, caring group who were clearly happy at the match that was made that day, and who knew how to enjoy themselves. The highlight of the evening was watching them learn to contradance to Cape Breton fiddle music.

It was just the kind of evening I needed as an antidote to the open racism and hatred that has sprung suddenly upon us of late. I know now that it was never sleeping, just hiding, waiting for its chance again. Its chance has come, in the form of Donald Trump, whose neo-Nazi and white supremacist followers would no doubt have loved to disrupt the nuptial festivities if they’d had the chance. 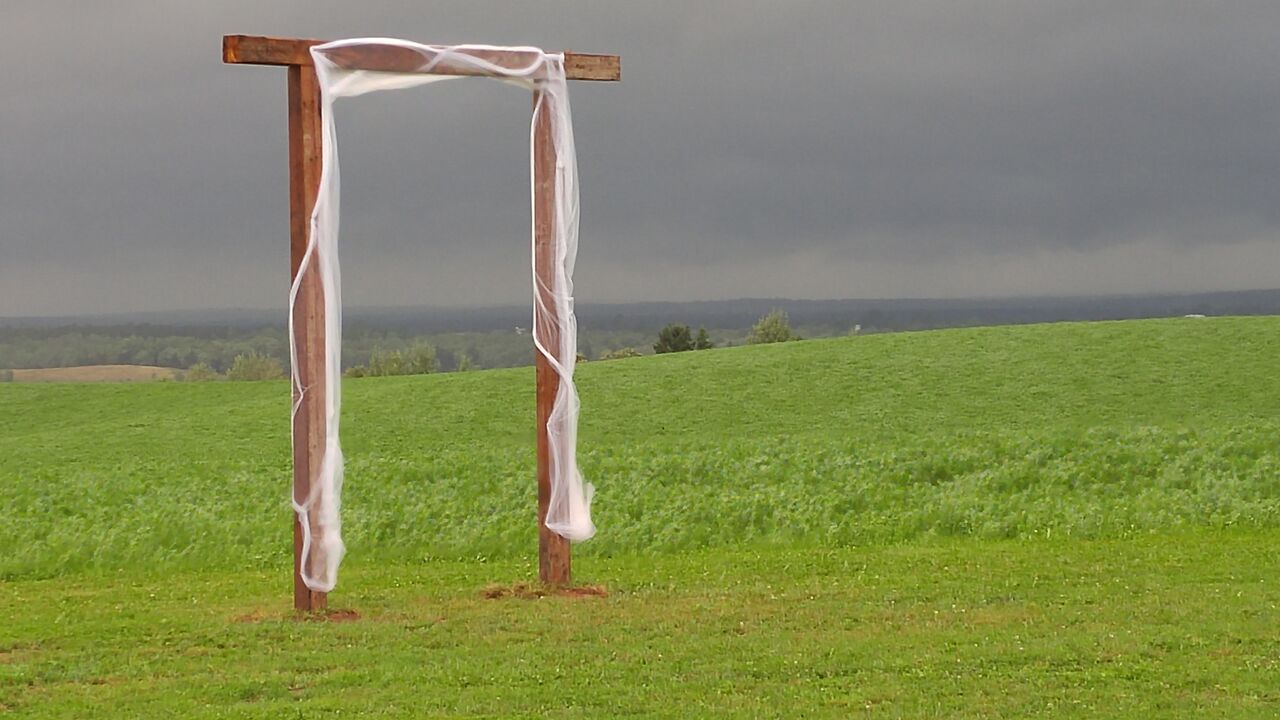 Weddings are about love, and it occurred to me as I watched everyone (I tend to sit on the sidelines and observe at parties) that this was really the highest point of human evolution: an elaborate ceremony comprised of many smaller rituals, all designed to bring two people together. Marriage is all about love for its own sake, and of all the things we people do, it’s surely among the best. In these troubled times, when idiots are in charge of the government, and Nazis can walk down the streets of Charlottesville armed with semi-automatic rifles, chanting anti-Semitic slogans at synagogues, it seems all the more precious, and all the more worth protecting.

It occurred to me also that rain at a wedding cannot possibly be an omen of bad luck. The farm at which the wedding was held was bursting with abundance: the corn was fat on the stalk, the wool was thick on the sheep, the sunflower stalks were as wide as my forearm. Rain is life, for crops and for people, and so it seemed to me that the rain was not an omen of stormy weather, but a blessing and a promise. 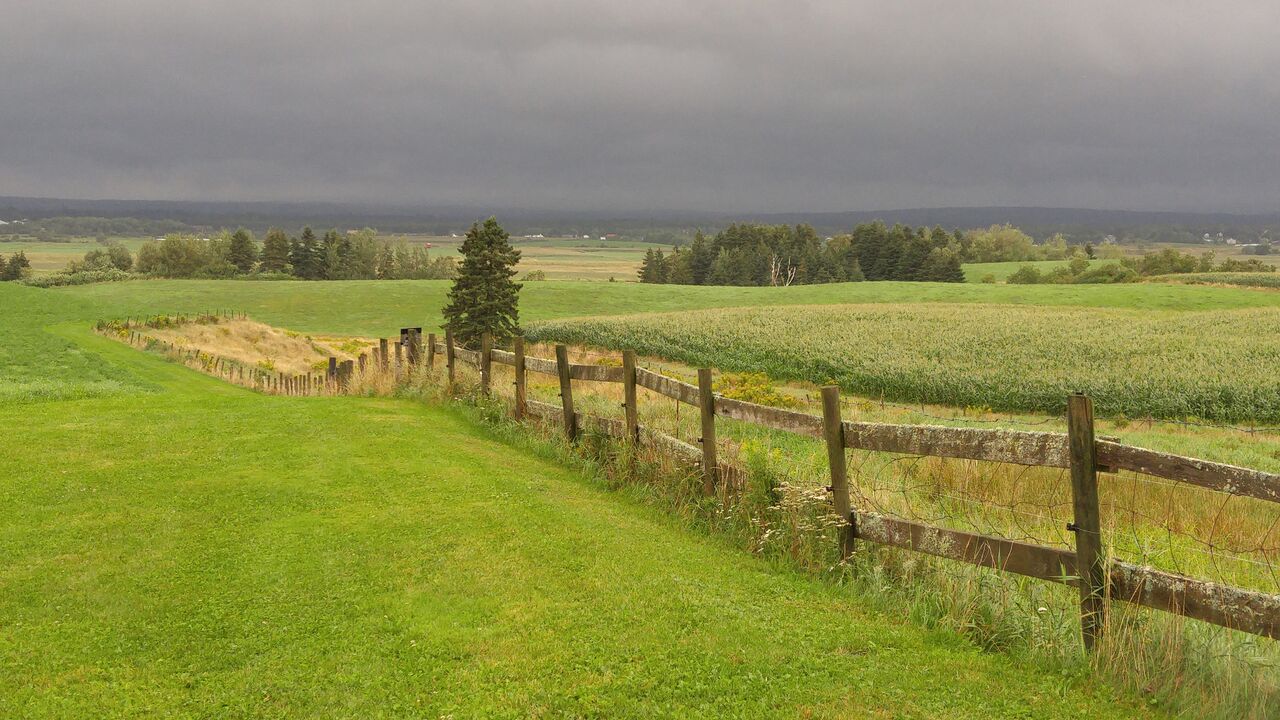